Ever since “Professional Baseball Family Stadium” was released in 1986, the Famista series has been loved by a range of generations. “Famista Dream Match” is the latest game in the series.

The online real-time battles in the game are powered by Photon Server. The online battle functions could be implemented soon after its adoption with a minimum amount of lag occurring during games. We interviewed the producer of the game, Mr. Oikawa and system directors, Mr. Kawahara and Mr. Ikeda, all of BANDAI NAMCO Entertainment, to hear why they chose Photon Server and about their future business plan.

Thank you for your time today. First of all, please tell me how you decided to remake Famista, which is close to 30-years-old, as an online game with real-time battle functions. 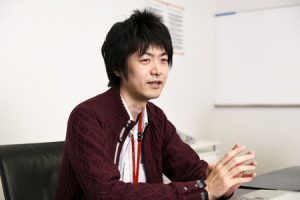 Oikawa: We already had a Famista game app, but instead of users playing battles online, the game allowed users to select AI opponents only. However, we were very keen to implement battle functions as producers because we thought “battles are a key component of Famista,” and users wanted to hit balls pitched by real opponent pitchers and strike out batters. 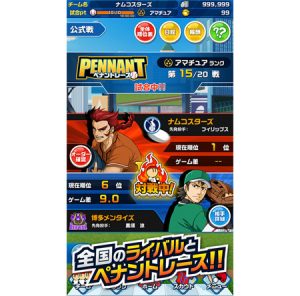 Being able to battle has been one of the attractions of Famista ever since the NES era, wasn’t it?

Oikawa: Yes. Since we were launching games with the Famista brand name, we wanted to implement real-time battle functions. Yet we had not been able to realize it due to limited connection speeds and the insufficient power of game cl
ients. However, as LTE networks started replacing 3G networks and smartphones became more powerful, we started exploring the possibility of realizing online real-time battles. That was the start of the “Famista Dream Match” project.

On an unrelated topic, the music which plays when launching the application sounds like chip tune music. Did you have the Famicon generation in mind when you decided to use this music?

Oikawa: Yes. We kept the idea of using “music typical of Famista!” in mind. We designed the characters using pixel graphics rather than polygons because we wanted to attract the attention of users from the Famicon generation. However, aside from this we focused on the real-time nature of battles.

Please tell me how you got to know of Photon Server. 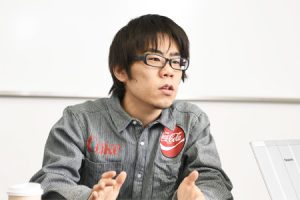 Ikeda: The transfer of information to-and-from between users is necessary to make real-time online battles possible. When we were looking for server systems to realize this, we came to know Photon Server as a possible candidate and tentatively adopted it.

What made you select Photon Server among the other candidates?

Ikeda: We particularly liked the fact that it was the most versatile. In addition, its high failure resistance is one of its advantages. Even if one server is down, another server can immediately replace it – such a structure is a great advantage.

So from the perspective of users, this means an environment that allows them to keep playing?

Ikeda: Yes. It was very important to us because we want to be sure to avoid situations in which users cannot continue playing games due to server failures. 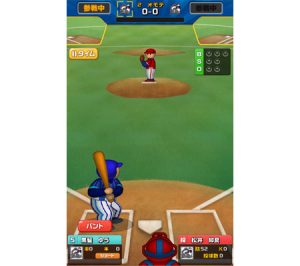 Did you check the track record of Photon Server inside and outside of Japan?

Ikeda: I do not believe that Photon Server had been adopted by any applications domestically when we were considering adopting it. It seemed that there were some cases of adoption overseas, but we did not find it very relevant to us as we wanted to test the server first ourselves in any case.

How long did it take to introduce the real-time battle functions after adopting Photon Server?

Ikeda: It took us no longer than a month to introduce the battle functions at the pre-production stage.

Oikawa: We completed a basic battle system within a month. It was surprising to us back then that the system was made so fast.

You mean it was easier than expected, right? 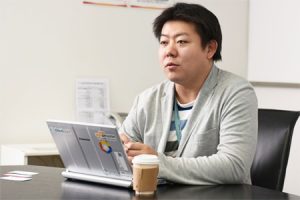 Kawahara: Yes. I think it was fast until we completed the alpha version… Yet it took us almost a year to make adjustments to the system (laughs).

Oikawa: It requires a lot of checks, even in the case of just simply increasing the types of field…We are still making adjustments now.

Among all the data used in Famista Dream Match, could you tell us of the types of data communicated through Photon Server? 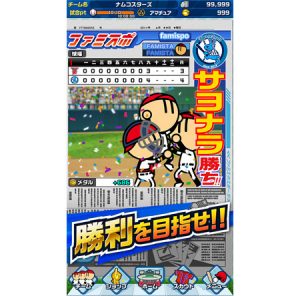 Are all those types of information communicated real-time?

Ikeda: The information is communicated in almost real-time during a battle. However, some lag is unavoidable due to the connection status. This is particularly true when the game is played on a moving train. There are also minor problems when the device is connected to the Wi-Fi of a train station. But as long as the connection status is good, battles can be played in almost real-time.

I was surprised to see that tactical moves such as a batter’s movements in the box can be made on a real-time basis when I was battling with another user. Are you satisfied with issues such as lag?

Ikeda: Yes. The server is being operated without problem. The performance is satisfactory, I’d say 80 out of 100.

Do you have any concerns about the operation of Photon Server or any other issues?

Kawahara: As I previously mentioned, while one of the characteristics of Photon Server is high failure resistance, the mass server t
hat is in charge of redundancy only
has a single port. Should this server go down, all services will be disabled. Therefore, some redundancy measures are desired. Moreover, I have a concern that Photon Server is only applicable to Windows servers…

Ikeda: I would appreciate it if Photon Server is made applicable to Unix servers. It is because we had to start by launching a Windows server, which was not very familiar to us…

Finally, what are your views on the future of online games? 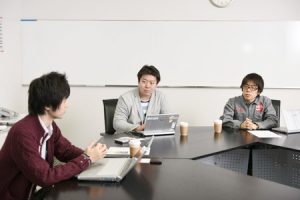 Oikawa: Given the trends of smartphones and connection speeds, I am certain that online battles and real-time battles will be more common. We have not yet talked about how our company will develop games responding to such an overall trend (laughs).

As for Famista, please tell me what the upcoming version up will be like.

Kawahara: Photon Server is currently used for object management in battles only. We are considering whether it is possible to implement “watching mode,” which consists of watching how strong players are battling. In addition, Photon Server may be used to see the timing of substituting a pitcher and if pinch hitters are used.

Thank you very much for  your time for us today.

The latest edition of the pioneer baseball game “Famista.” The characters of BANDAI NAMCO Entertainment join the game as “NAMCO Stars.” Enjoy playing baseball battles against online opponents in real-time.