RISE of MANA is the latest installment in the Mana series, which goes back to the 1991 release of the first Mana title, FINAL FANTASY Adventure. The game’s raid battles are realized through the use of Photon Server, making real-time communication development dramatically easier.

During a talk with the game’s producer Masaru Oyamada from SQUARE ENIX, and server side development staff member Eisuke Sakuhara from FIXER, we asked them about the background of the introduction of Photon Server and its future prospects.

I would like to ask some questions about RISE of MANA today. First of all, what’s behind the adoption of Photon Server? 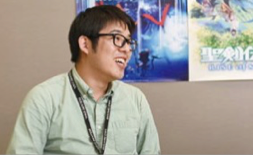 Oyamada: At the development stage, we thought it might be fun to recreate the multiplayer feature from Secret of Mana by including raid battles that let you watch each other’s actions in real time. In order to do that, we considered trying out our own middleware, Community Engine, on smartphones. But the engineers said that if we wanted to create real-time online battles on smartphones, the rebuild might take up to a year.

One year? That is a tough deadline, considering the industry is said to progress in dog years.

Oyamada: Yes, if it really took a whole year to rebuild, we might have had to give up the idea of developing RISE of MANA. That’s why we consulted with FIXER and asked them if they had the right middleware for the project. They introduced a number of options to us, including Photon Server.
So, in a sense, they just happened to introduce it to you…

Oyamada: Yes, that’s right. First, we said, “Let’s just try implementing it,” and once we tested it, we had resolved almost all the problems and enabled real-time battle in just two months. Once we thought, “Why not use this?” that was the starting point for using it to implement development.

What made Photon Server stand out among other the middleware?

Oyamada: The two-month implementation of real-time online battle happened during preproduction, and we couldn’t just give the “go” sign for development of an online game based on that alone. Actually, the final decision was made because our engineers gave their seal of approval regarding server and user information security. That’s a big point. It’s really helpful that Photon Server is already in a secure state, meaning we don’t have to develop extra security ourselves.

What else is important besides real-time correspondence?

Oyamada: Photon Server has already been used for development overseas, so we in factfelt some peace of mind from looking at that track record. Although no one had ever used it in Japan and we were a little concerned about communication (with the developer), it wasn’t that expensive, so we felt the whole set was quite a good deal. We found it attractive especially because there was no charge for the testing period, considering what the development costs would have been if we tried to develop the middleware by ourselves. If we had been charged a fee for testing, we might have hesitated about choosing to use it.

Was the “go” sign for development given on the condition of using Photon Server? 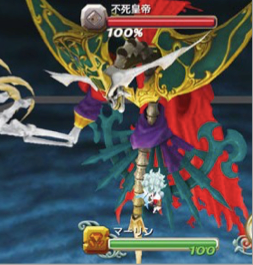 Oyamada: We decided to use it for our middleware at the beginning of development. In the interest of game play, we weren’t thinking of doing anything too complicated, and we wanted to avoid it becoming too complicated. If a player knows the position of his or her friends as well as what kind of actions they are taking, the raid battle should work out. Also, the specs of Photon Server matched well with the specs of RISE of MANA.

Knowing where your friends are and what they are doing is actually the fun part of a multiplayer online RPG.

Oyamada: We considered minimizing friend information and moving them like “ghosts,” but thanks to Photon Server, the players are able to track their friends in real time. I think we successfully prioritized the fun of tracking people’s movements in raid battles.

I’m told the initial specs of the game were for eight players in a raid battle, but it became four players in the production version. What were the reasons for this decision?

Oyamada: Photon Server can handle eight players with no problem. But there’s actually a lack of power on the client side, the smartphone side, by just a little.

Sakuhara: Photon Server can handle data and communication for up to thirty people, so if the client side is powerful enough to match this, thirty players can participate in battle at the same time.

Oyamada: RISE of MANA has some hefty 3-D redraw requirements, so if too many characters overlap, they’ll flicker and affect the quality of game play. We thought four players on one screen should be optimal, and that led to the current specs.

So are raid battles fixed at four players?

Oyamada: It depends on adjusting the 3-D redraw, but I think there is a lot of room to increase the number of players. But since there’s such a wide variety of drawing ability on the smartphone side, we have to keep in mind that there is no point in adding too many players and ending up with some players not having fun.

Other than raid battles, could you create multiplayer quests? For example, turning levers in multiple places in a dungeon to open a door.

Oyamada: Can I say this here? Since the Mana series has been so well received as a two- or three-player RPG, we actually considered allowing more players to play in a quest. However, after we started developing the game, we found it was very difficult to exchange data with 3G bandwidth, so we changed it to a raid battle. After using Photon Server for raid battles, we realized the possibilities of the Server and some development staff are talking about implementing a multiplayer quest in the game. But we need to have a try first to see how it goes.

Do you think Photon Server can handle the task without any problems?

Oyamada: It should be all right, don’t you think? 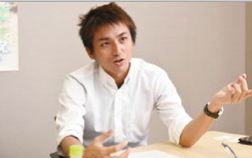 Sakuhara: Yes, I think so. There won’t be any problem in communications for Photon Server. I think it depends on how fast we can build the server in accordance with the planning.

Next, I would like to know the difference between iOS and Android. iOS specs are fixed to some degree, but there are many different specs in Android. Did you find it difficult to support Android?

Oyamada: We do require higher specs when it comes to Android. The graphics are drawn at a level where they wouldn’t look out of place output to a TV through HDMI. As for raid battles, we reduce the number of players who can join to a maximum of two in order for the game to operate on low-spec models.

Sakuhara: The Photon Server just passes along the communication of actions whether the device is using iOS or Android, so we basically only use one source to handle the task.

Which parts of Photon Server do you think are especially convenient after using it?

Sakuhara: Currently for Photon Server, the game server that manages data is located overseas, and the server that manages communication with users is located domestically. We only have the raid battle portion inside Japan, since it demands lower latency, and that saves us some tens of milliseconds. Being able to divide the system like this is very helpful. In addition, it is very easy to scale out Photon Server alone as an event might need it, which is quite convenient too.

Can users feel a tens-of-millisecond difference? 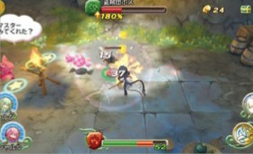 Have there been any major spec changes in the operation of Photon Server?

Sakuhara: It has been half a year since the start of operation, and except for some differences in scale, there has been almost no changes to Photon Server programming. It is fantastic for the managing side to have no problems arising from operations. In Japan, “Seiken Densetsu RISE of MANA” is the first game to use Photon, but we felt that it is a surprise that such a stable middleware hasn’t been used in Japan to date.

What do you think about the future of smartphone games?

Oyamada: I think there will be two directions. One is the more typical video game type, such as RISE of MANA; I think there will be more and more of these. There are already several action games being released. The other direction is real-time online games in which people can play with friends, which are likely to become more popular. In fact, the most popular event in RISE of MANA is the raid battle. It is fun in itself, just to play with others or have a look at other people’s weapons and equipment. 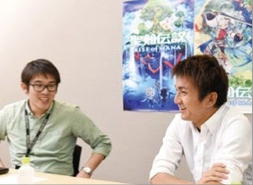 Oyamada: The fact is that the number of registrations for RISE of MANA has increased sharply since iPhone 6 was released. Since the game requires a high-performance device to play, people will have more choices as more mobile devices are released in the future. I think the game will develop more elements of a PC online game.

Sakuhara: In addition to higher performance on the client side, the performance and functionality of servers are improving quickly. RISE of MANA took about two months from preproduction to the implementation of online battle. In the current development environment, it will take even less time for us to meet the producer’s requests.

Thank you for your time.