Dev Story: The Future of VR is Social

This guest post was written by Alexander Clark, founder of small indie studio Starcade Arcade. The studio created the multiplayer strategy game Starblazer VR which is available on Steam.

Starblazer pits players into immersive real-time strategic space battles whether they are real time strategy newbies or experienced RTS players where they can enjoy the thrill and adrenaline rush that comes with controlling an entire space fleet in virtual reality.

When my game studio Starcade Arcade launched our first title, Starblazer, we made one serious mistake – we put the game on the market without multiplayer. At the time, it seemed like a logical decision. We’d been struggling to finish up the multiplayer portion of the game and yet felt that many of the core mechanics existed and were available for players to experiment with.

What we failed to recognize was just how important it was for people to witness the fun and thrill that came with facing another live opponent in a match. As people played Starblazer, the feedback was consistent, but loud and clear – you need multiplayer for this game to be great.

Thankfully, we were able to overcome the multiplayer technical problems fairly easily with the help of Photon’s very easy to implement system. Whereas we had spent several months on our own homegrown multiplayer element, with Photon I was able to revamp and reconstruct the multiplayer system in less than a month.

That quick turnaround was crucial in getting our game off the ground into a state that we were proud to show gamers, publishers, and distributors alike.

Why multiplayer was so important

At its core, one could brush this off and say that it was a genre specific issue. Given that Starblazer is a real-time strategy game, it was designed from the ground up to be a competitive, esports game.

We always knew there would be multiplayer and knew that it would be important for the game long term. But why did it feel critical in this instance? 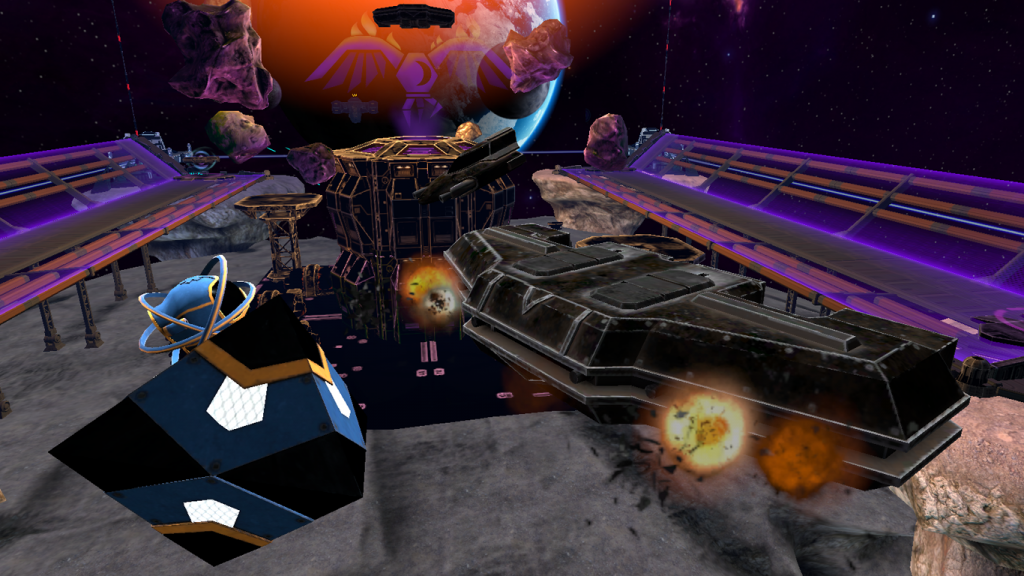 My hypothesis comes down to one word: isolation. In VR, there is a two-sided coin. On one side of the coin is Immersion. A player can be transported to another world and surrounded with an environment and experience beyond anything they have ever been a part of. That is the magic of VR.

But on the other side of this coin is Isolation. A player once in this world feels alone and alienated from the rest of the world. They cannot see their friends sitting next to them, they can’t hear parents making dinner in the kitchen, and they can’t even see status updates and messages.

This is where multiplayer comes in. Imagine you are a player in this world. You are alone, isolated on the iceberg of a magical fantasy… And then suddenly a movement breaks the void. You see another person moving around in this space too. You see a hand wave at you or a person’s virtual head nod in acknowledgement.

In Starblazer, maybe you see some unknown force sending ships at you in a pattern unmistakably created by a human. That moment is so important, because suddenly you take a magical experience like VR.. and you’re sharing it with someone else. 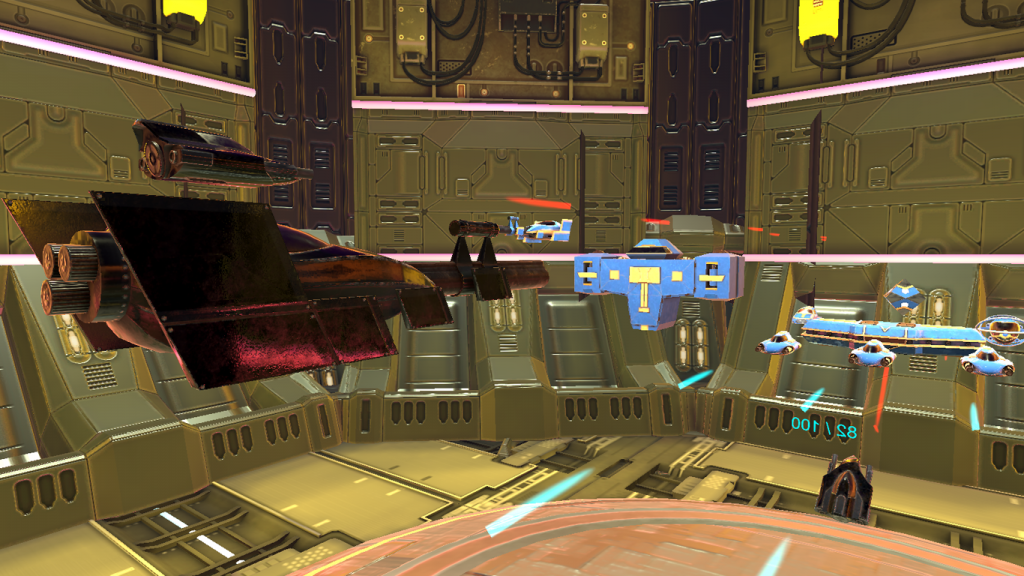 There are many ways to share VR experiences. Someone on the couch can see your actions mirrored on the TV or monitor. You can stream a video clip or show someone recorded gameplay.

But anyone who has played VR can tell you that this is not enough. You need someone in that space with you. You need them to see the world that you see, interact with what you’re interacting with.

Then it all becomes real, a unique experience that you and that person share. This is why we need good technology to make the experience work. For me, using Photon was what enabled us to take our game to that level where players can be in the same arena, battling in a hot-blooded battle of wits. But all technology and game engines need to grow to adapt to the social nature that VR begs for.

Over the next few years, we will see that more and more VR games incorporate multiplayer and become social experiences. We have seen the power of virtual chat platforms, now all games will continue to evolve the experiences to include many people.

In a few years, we will start to see a greater virtual world be built and grown. Only we won’t be alone in this space, we will be joined pioneers, standing next to our friends and family in the same virtual soil.

The future of VR is bright, but it’s only bright so long as it can be seen with friends.