Sometimes things speak for itself. Just read this email we recently got:

“My name’s Erik Asmussen, and I’m a solo developer building a game called Robot Roller-Derby Disco Dodgeball. It is a multiplayer dodgeball FPS that uses Photon Unity Networking. It just launched officially on Steam with a 99% positive user rating (among 720 total ratings). This actually ranks it as the #1 best-rated multiplayer game on Steam, ahead of classics like Counter-Strike, Unreal Tournament, Team Fortress 2, Left 4 Dead 2, and Quake. Photon has been a huge part of making that achievement possible. It’s extremely easy for players to join or create new rooms, so even with a relatively small playerbase there are plenty of online matches going on at once. It’s cross-platform, so Mac and Linux players get the benefit of the larger PC community. I can build the game to be jump-in, jump-out and not worry about disruptions caused by the host leaving. Most importantly, as a one-person development team I can spend much more of my time improving the game and adding features instead of worrying about esoteric networking issues. All of this leads to a better experience for players, and I’m not sure this game would even be possible without Photon. So thanks for creating such a great tool.”

Thanks a lot for your email, Erik! This is really what drives us here at Exit Games. 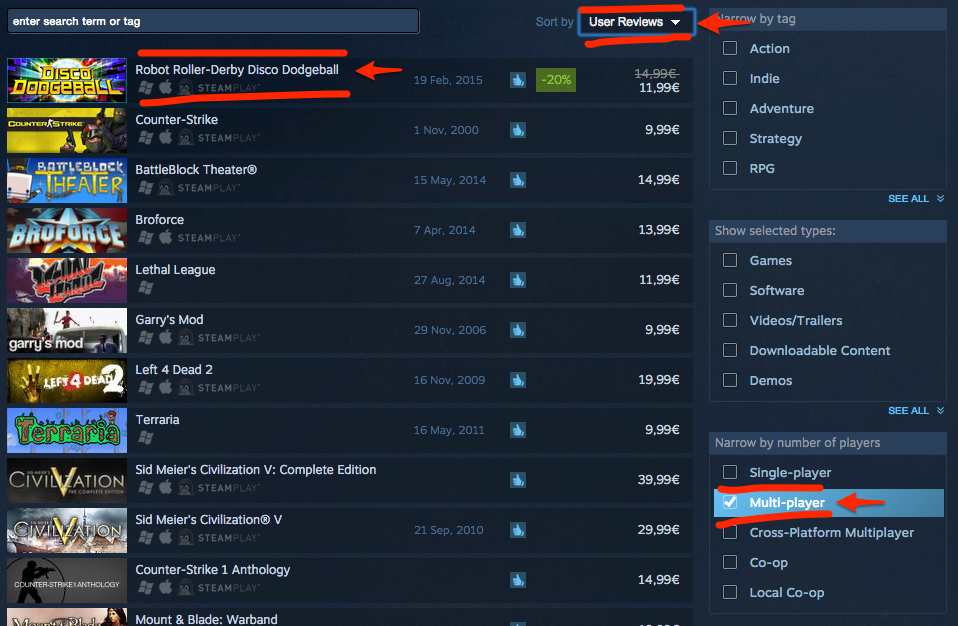