The folks at VisionPunk have been working hard on adding Photon Unity Networking to their Ultimate FPS package .

Not a UFPS dev yet? The next few days will be an excellent opportunity to pick up your UFPS license if you haven’t done so already:  UFPS is currently on sale (50% OFF the regular price of $95) to celebrate the joyous fact of 1,000 ratings in the Unity Asset Store with an average of 5 stars.

Read on what Calle Lundgren, the master brain behind UFPS, writes about the UFPS Photon Multiplayer Starter Kit:

This Starter Kit for the “Ultimate FPS” Unity plugin adds multiplayer to your game within moments by using the power of the Photon Cloud. It is a turnkey solution for basic multiplayer support and a solid platform to keep building on.

The package contains a framework of wrapper scripts allowing you to get started on a game without worrying about compatibility between UFPS and Photon PUN and with lots of gameplay fundamentals already taken care of. Use it for learning, for high-performance cloud-based multiplayer games, or as a bag of tricks for implementing your own multiplayer!

Base UFPS features supported in multiplayer (so far)

VisionPunk is running a free, closed beta of this asset to test the framework for stability and scalability, and to collect user feedback. Anyone who has a valid invoice number for “UFPS : Ultimate FPS” can apply for beta participation, (NOTE: instant access / access is not guaranteed). The final, paid version of the starter kit will be released on Unity Asset Store in 2015 with an improved feature set.

Go here to apply for the free closed beta >> 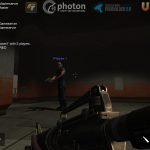 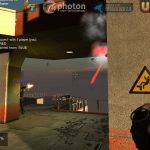 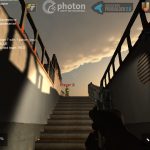 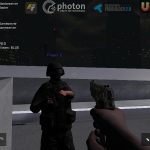 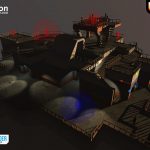