Photon Fusion – setting the performance benchmark for the next billion players.

Last year has shown just how important online games are to our lives. Never before has it been more important to share new emotions with one another online, regardless of where you are and whatever network conditions are available. That’s why last December we announced in our newsletter, Fusion: a revolutionary new multiplayer engine to produce the highest performance no matter the gameplay or where you are on our planet.

As part of our efforts to set the benchmarks for multiplayer services, we are happy to share the first results of our performance tests. Fusion provides multiple new AAA functionalities that our community asked for and both a faster transfer and lower bandwidth while supporting up to 200 players at 60hz. As a result, Fusion is an evolution in multiplayer engineering by handling many more players and objects than ever before.

While internet connectivity has increased steadily for the past decades, the explosive growth of mobile computing has outstripped reliable high-speed internet infrastructure. Photon engineering teams have gone to extraordinary lengths to ensure fast client and physics predictions with complex server reconciliation reaching unparalleled speed. Fusion’s bandwidth usage is 6x smaller than MLAPI and Mirror; it can save meaningful bandwidth for those with poor connectivity while increasing the number of objects replicated in the simulation. It is unprecedented for the average developer to have access to a high-performance multiplayer engine. While we still have a lot of room for optimization, we are happy to share our first steps: 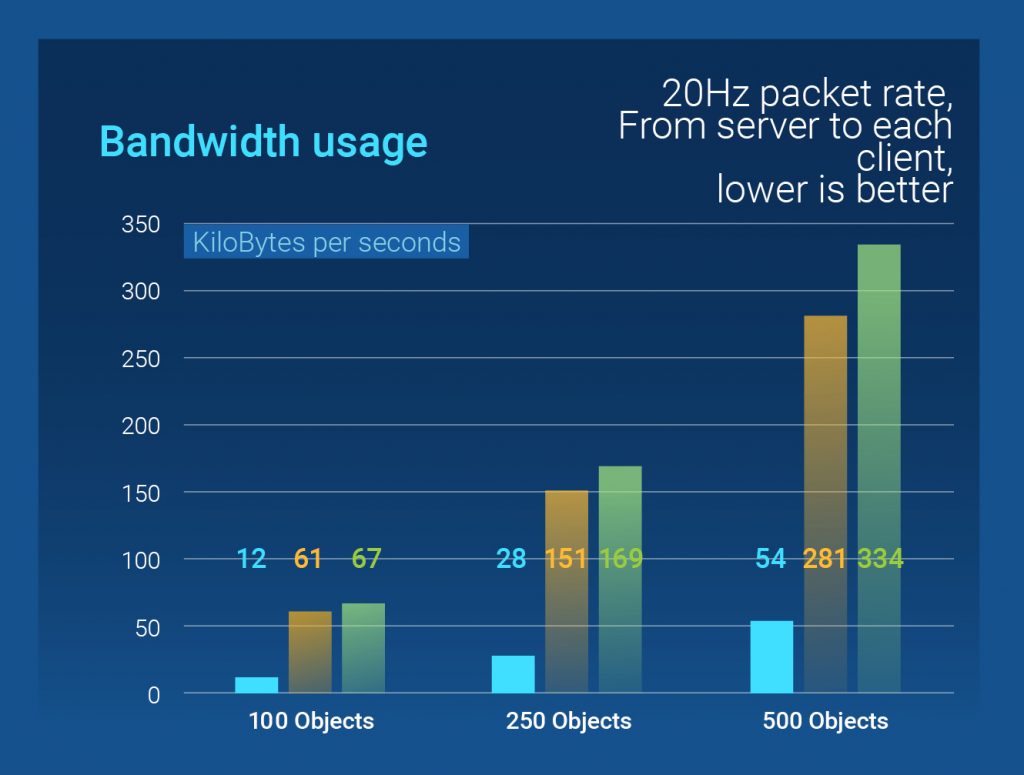 Fusion is optimized to consume less CPU on the server, allowing more CPU budget for gameplay elements or lower server specs and deployment costs. A big part of providing unparalleled performance is to have zero allocations during runtime. 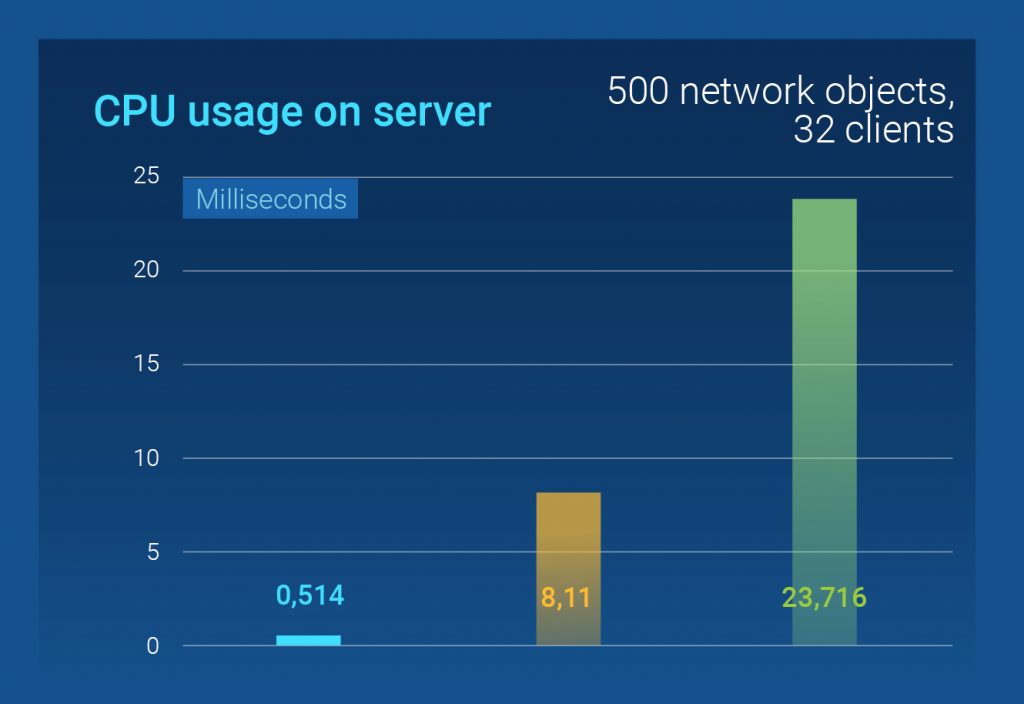 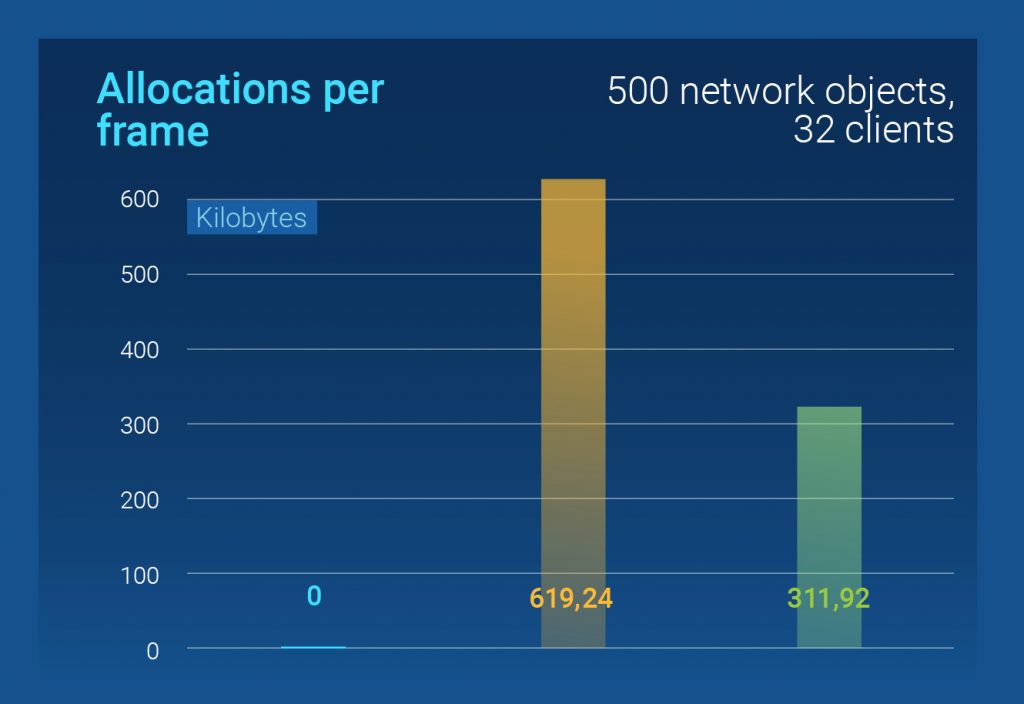 Where conventional network libraries employ slow and crude compensation based on ping, which is not accurate at all, Fusion contrasts by maintaining consistency at 200 players with Client Side Prediction (CSP), Lag Compensation (LC), Snapshot interpolation (SNI) and more. Fusion is designed from the ground up to be the smallest, fastest and most efficient, as proven by our experience.

The current trends in multiplayer games are to bring more players and more objects in sync while keeping the experience cross-platform. This appetite from our customers provided motivation for Fusion to be more than a simple new engine. It brings new tools and functionalities to create new kinds of experiences for the current and next billion players coming in particular from developing countries. For some, it is more than an evolution but a revolution. Fusion provides smooth visual rendering of remote objects for a client, even during bad networking conditions. Complex toolchains for host migration, late joins or rejoining a game are also provided. We are excited to see the creativity of our community applied to Fusion private preview by coming up with more unique and impactful real-time applications

For the past 10 years, we believed that we could break the industry standard or the norms where only highly experienced AAA studios can use high-end multiplayer tools to craft an innovative game. We have done it and it is now available for everyone in preview. 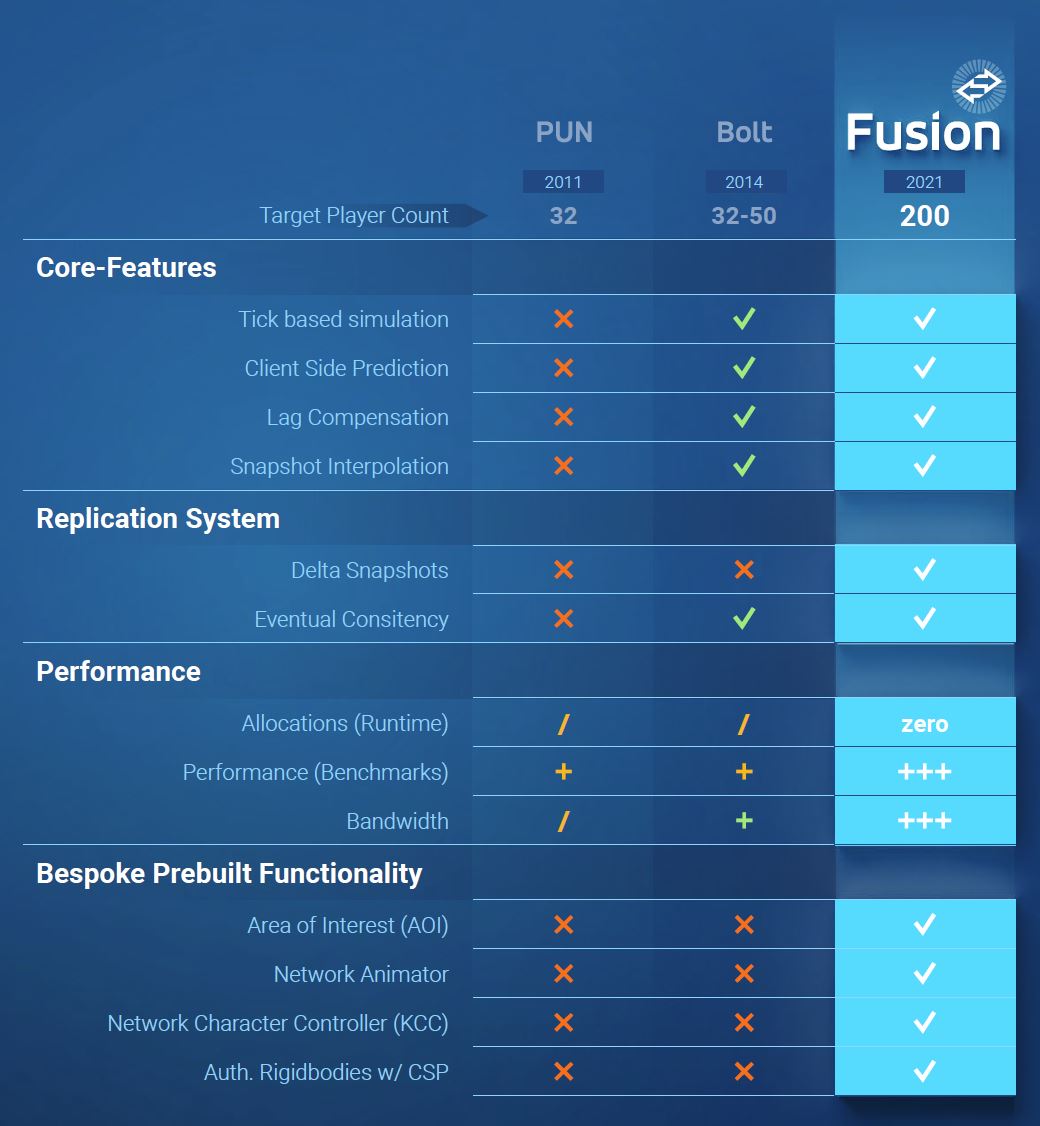 Fusion supports three networking topologies, dedicated server, client host and shared world. A single game can support multiple room sizes ranging from 200 players to smaller two-player matches. Fusion’s ability to switch between replication algorithms allows developers to adapt their games networking at runtime to best suit the requirements of the current room. These matches are made possible by the implementation of two replication algorithms that can be switched between Eventual Consistency and Delta Snapshots. High-performance replication is essential for High Player Counts and Tick Rates. Fusion’s approach makes it easy to concentrate on the gameplay and choose the right architecture optimized for cost and stability. No matter the game style a simple click will give you the best outcome. 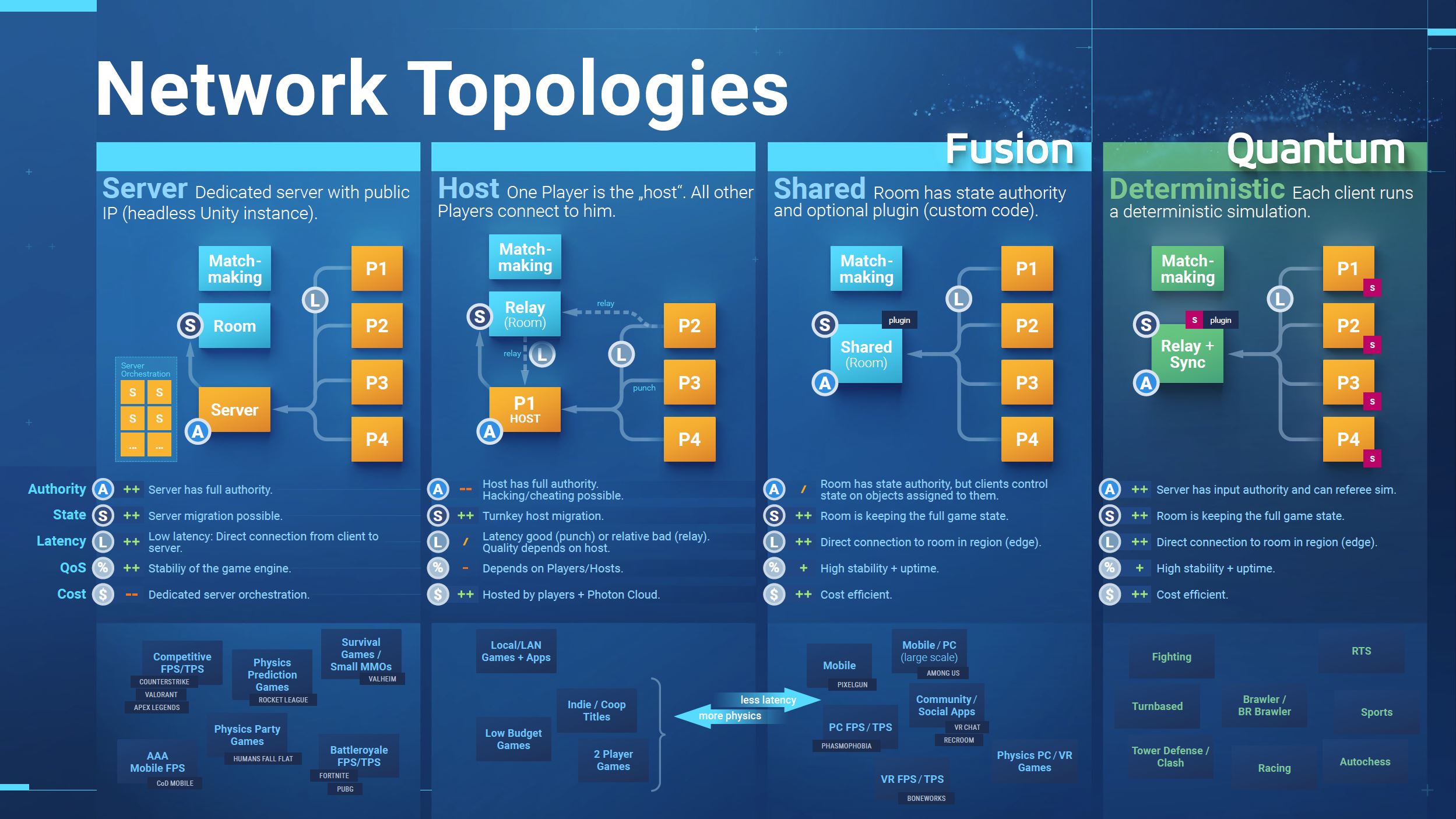 With the addition of Fusion to the current product line, we are now covering the majority of Multiplayer scenarios. Starting today, any gaming studio can choose the right multiplayer tools for the right gameplay without navigating in the unknown.  Like Quantum, our deterministic engine, Fusion lets you concentrate on finding the fun in the game rather than thinking about Networking. 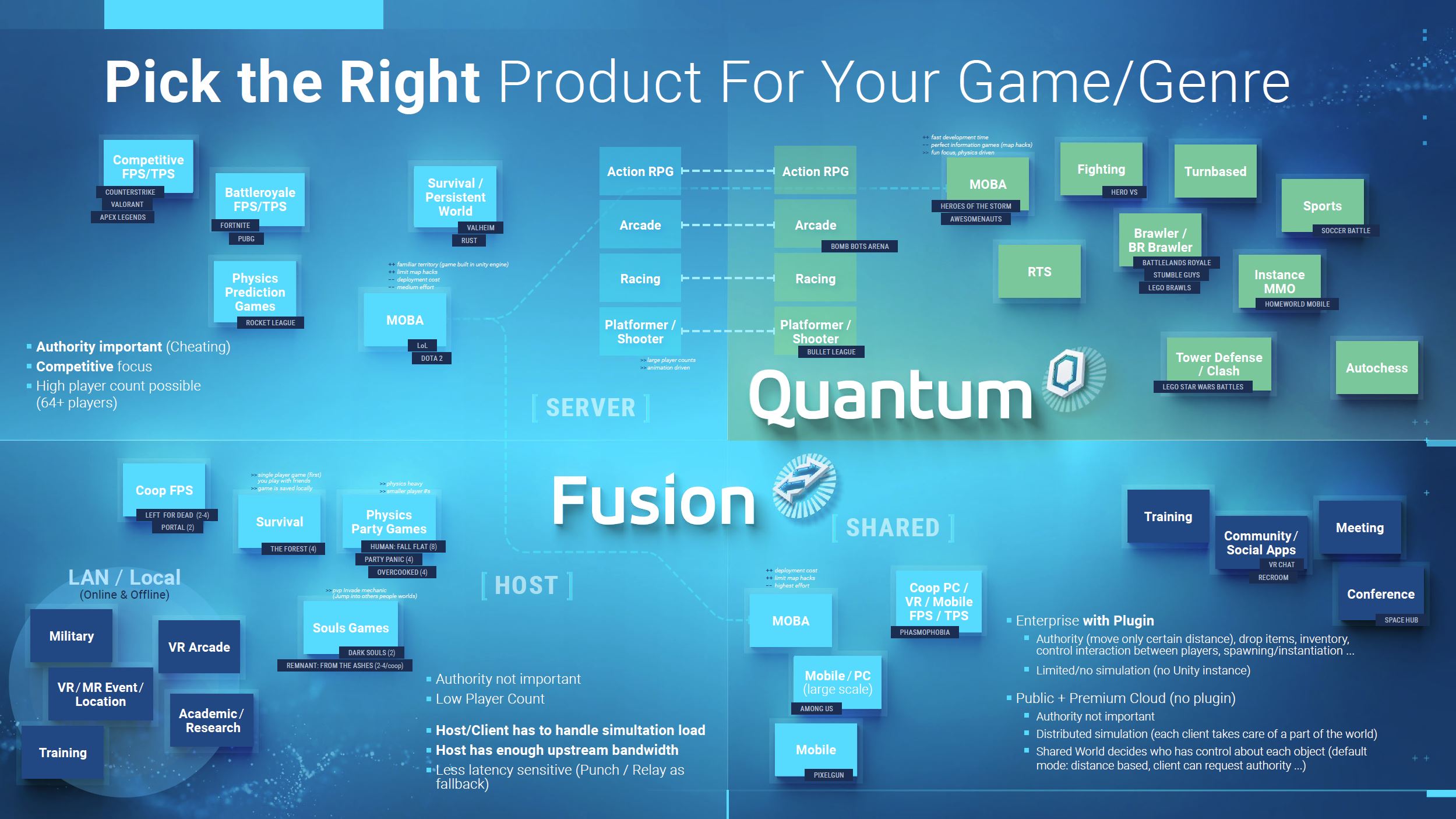 We are happy to announce that Fusion for Unity is now in Public Beta and will be available to everyone for Free this summer.  We also have our Fusion Product sheet ready to be shared.

Thank you to everyone who participated so far in our Private Preview. We have a lot more to share in the coming weeks which will make it a lot easier for everyone to understand the ease of integration and the new possibilities made available by Photon Fusion.